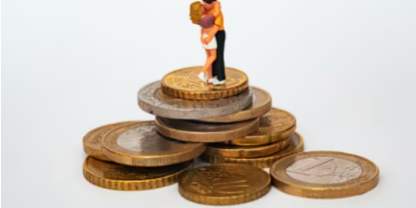 Dr. Viviana weighs in on single Americans and the financial benefits of a partnered relationship.

Listen to the clip and read the full article here

A new study finds that if you have a spouse or a live-in partner, you’re likely to be doing better financially. That’s according to the Pew Research Center, which has been tracking the rising percentage of single adults (age 25 to 54) over the last 30 years.

The data showed men with a partner had a median income of 57 thousand, compared to single men who made just over 35 thousand. For women in relationships, the median income was 40 thousand compared to 32 thousand for single women. So, what’s the difference? Dr. Viviana Coles, a relationship therapist, says it’s accountability.

“We tend to need someone to either be a mirror or be a bullhorn or else we tend to fall into a rut of being very self-centered and doing the minimum,” she said.

Coles adds that while both sexes benefit financially when they have a partner, men tend to benefit more. For both men and women, those benefits extend to the workplace.

“That accountability is sensed by the people around them and they share this understanding that you have someone that you’re accountable to, but also when you have proven that you have a family to provide for, people are much more likely to pay you more,” she explained.

Pew also says other studies suggest married and cohabiting adults fare better than those who are single when it comes to their overall health.

I AM connected to my partner and sexually satisfied – It’s All Me
March 3, 2022